“We spotted a huge gap between music education and the music industry in the UK. Mostly, there is barely any correlation between the two hence why we decided to launch the Song Lab Music Industry Workshops to close that gap and broaden the understanding for music students wishing to enter the various aspects of todays rapidly evolving music industry.” 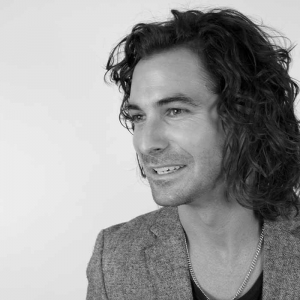 “One of the things that annoyed me the most in my younger years as a pop writer was how secretive writers would be about their craft, especially in the UK. It frustrated me how people wouldn’t be open about their findings, what formulas they’ve spotted and how to apply them to new compositions. Later in my career I started to travel more regularly to Los Angeles and I attended Songwriting Masterclasses and Music Industry Workshops led by legendary platinum selling writers who would talk very openly about how they do what they do as I would sit frantically scribbling like crazy as they shared their art in fascinating detail. Over the years I’ve come to the conclusion that songwriting skills are acquired through passion and work rate and the “secrets” shouldn’t be a secret to anyone who wants to learn. Its compelling to see how complicated songwriting is sometimes but its also truly spellbinding to see how incredible simple it can be.”

Jonny’s enthusiasm for the “sharing” of songwriting is matched by the rest of the team at The Song Lab which is why we branched into providing Song Lab Workshops. There are several different types of Song Lab Workshops which vary across sectors and settings.

This is a workshop on the art of modern day composition. Areas covered include the relationship between top and bottom-line writing, hook creation, lyric writing methods, structures, case studies and methods of collaboration.

This workshop offers a copyright-free formula for bottom line songwriting which was observed and identified by SongLab Creative Director Jonny Amos after studying over 5,000 chart hits from the 21st century so far. Students are offered a fascinating insight into how to create the blueprint for a successful song using only chord and structure rules.

“Toplining” is arguably the most important element of the songwriting process. During this workshop students will learn a variety of different approaches such as chance writing, melodic maths, piano paths and also how to lock into supernatural songwriting. Five styles of lyric writing are also shared before tips are given out on how to gain a work as a topline writer.

This is a master class on the art of song placement which will offer insight into the world of licensing, publishing and synchronization. Subjects include legalities of ownership and copyright, rewrites, where to look for opportunities to pitch and what to be aware of when submitting.

How to Build and Keep music industry connections

This workshop concentrates on how to create and sustain crucial professional relationships in the music industry. Areas covered include how to approach music industry executives, what to expect in contracts, knowing what legal support is available, collection societies, media relationships, social media habits, how to safeguard and protect musical works, looking at successful case studies and signposting towards useful resources.

How to gain work as session player

This workshop is led by SongLab Managing Director Meldra Guza who is an expert in the field of session work having played for Rod Stewart, Cee Lo Green(USA) and Dappy (UK) amongst others and has extensive experience in live radio and TV appearances. Areas covered include preparation for auditions, knowing how your image works for an artist, the musicality of the role and good general business habits.
Meldra will also provide tips and advice on how to gain voiceover work having been the voice of Fisher Price toys since 2008.

A workshop that provides the knowledge and understanding of how to embellish a song from a demo to a master in the music business of today. This workshop not only goes into detail on the operational side of the production in terms of software and hardware but also how it all works in alignment with intended territory and market place.

This is an interactive workshop where students have the opportunity to be given instant feedback on their songs from an industry professional. Tips and advice are offered as to where the song could be marketed, what kind of territory it would work for and why, what kind of remix or production work it could benefit from and the type of visual it could aid.

First impressions are very important, especially in today’s industry where the role of manager, plugger, label and promoter is often in the hands of the artists themselves. This workshop concentrates on treating your band like a business and thinking ahead with consistency and continuity starting with the songs, story, image, live shows, and self presentation. This workshop gives the tools to stand out.

In this interactive workshop students will learn the skills they need to present themselves in the music industry as well as in an academic or general work environment. Areas covered include voice control, 3 techniques for TV work, 5 steps towards dynamic delivery, how to come across powerfully, on camera presentation, interview tips and how to create soundbites.